Places to Visit in Malacca

Landmarks and Places to Visit in Malacca

Firmly rooted as Malaysia's historical city, visiting Malacca is like a journey back in time to witness the adventures and discoveries during Malacca's golden age.
Today, there are many historical sites to visit that give you a glimpse of Malacca's glorious past. This is balanced with other modern attractions such as water theme parks and cultural parks.

Once dubbed ‘Venice of the East’ by European seafarers back in
those days when the state has yet to be formed, Melaka River is
the point where the history of Malacca began. A Prince from Sumatra,
Parameswara – also the founder of Malacca.

Malacca's most famous recreational rainforest is a tranquil
haven for wildlife and natural scenery. Covering an area of about
320 hectares, Ayer Keroh enables you to learn, as you walk through
the trails, the marvellous diversity of plant life and animals
that inhibit this range.

The story of the ultimate Malacca warrior, Hang Tuah, is the stuff of legends.
Faithfully serving Sultan Mansur back in the 15th century, this infamous
historical figure had an exemplary record of achievements.

The story of the ultimate Malacca warrior, Hang Tuah, is the stuff of legends.
Faithfully serving Sultan Mansur back in the 15th century, this infamous
historical figure had an exemplary record of achievements, which include
successfully warding off advances from Siam and Acheh.

The best way to cool down on a hot and sticky day in Malacca is to
do some splashing around at the spanking-new Melaka Wonderland
Theme Park & Resort. Built in Ayer Keroh – Malacca’s tourist
attraction-laden quarter – the highlights of this multi zone park
are its high-speed water slides and thrill rides.

The A Famosa Water World is the largest water theme park in Malaysia located near Alor Gajah. Among the excitements found on the park are speed slides, raft rides, tube slides and a large wave pool.
Every weekend, it draws crowds from the Southern side of Malaysia who come to enjoy a splashing good time while exploring Malacca's historical sights.

Bukit China is situated southeast of Bandar Malacca on a 42-acre hill and is actually carpeted with more than 12,500 graves. What makes this place special is that it is the oldest and largest traditional Chinese cemetery outside China.
Some graves can be traced back to more than four centuries ago to the first Chinese immigrants in Malacca. Ironically, this was also the place where the princess, or concubine, Hang Li Poh (a fact still disputed today) settled in, having been sent to Malacca as a mark of friendship with the Malaccan Sultan in 1511. There are also 20 Muslim tombs in the area.

The Cheng Hoon Teng is a historical monument that is recognised as one of the finest Chinese temples in Malaysia – even receiving a UNESCO award for outstanding architectural restoration.
The temple itself is crafted with ornate mythological figures, carvings and paintings and was built in the early 1600s' by ‘Kapitans' or chiefs of the Chinese trading community in Malacca.

The Christ Church was built in 1753 by the Dutch to commemorate a century of their rule. It still stands today in Malacca city, a landmark of fine Dutch architecture.
The beams were constructed from cutting and carving a single tree and have no joints! The hand-made pews, on the other hand, date back some 200 years. Mounted on its walls are some decorative fanlights and plaques in memory of those who died of various epidemics.
Yet another plaque, a wooden one, sits at the rear of the western wall remembering local planters who did not live through World War II. The church is indeed a sight for those who love fine structural design.

The Cultural Museum was built in 1954 by the British in a Dutch house that was in turn built around 1660. The museum later moved to the Stadhuys in 1982 before it was finally moved into a RM2.5 million complex in 1986 built by Malaysia's fourth Prime Minister.
The museum has a collection of 1,350 items; artefacts, prints, photographs and drawings which represent the history and culture of the Malaccan Sultanate and migrant communities in the early centuries.
There are also prints, photographs, decorative arts, costumes, jewelleries, brassware and ancient weapons on display. The museum itself is housed within a replica of a Malay palace, built based on sketches found in the Malay Annals.

The Fort was originally built as a chapel by the Portuguese but it was eventually renovated into a fort by the Dutch.
Sitting on top a hill, the fort is unique in the sense that it was built to defend from inland invaders, rather than the sea. Hence, the canons are faced rather awkwardly towards inland as visitors shall see.

Hang Li Poh was a princess who was sent from the emperor of China to marry the reigning Malaccan Sultan Mansur Shah as a sign of good diplomatic relations, in mid-15th century.
Her entourage built the well in 1459 which became the main source of water for much of the town. It is believed that the well has never dried up, even in the most extreme of drought.
The well was also said to have been filled with poison before by the Javanese during the Dutch occupation and another time by the Japanese during World War Two.
Today, it is a famous wishing well and those who throw coins into it are said to come to Malacca time and time again in the future.

True to its nature, the museum is built in a replica of a Portuguese ship, the 'Flo De La Mar' that sank off the coast of Malacca while on the way to Portugal.
Here, visitors can view dioramas and intricately crafted models of ships on board. There are detailed descriptions of Malacca history and a map that features actual charts used by Portuguese sailors centuries ago.
Located near the tourist office, the Maritime Muzeum is a great place t visit to learn Malacca history.

The Portuguese Square is the centre of the small Portuguese community in Malacca, the descendants of the past Malaccan colonists.
The Square feels like a little patch of Portugal with plenty of restaurants, food stalls, pubs and a mini-museum.
On weekends, the square becomes a hub of activity, as the Portuguese community put up traditional dances, entertain tourists and celebrate in style their unique culture.

The Baba Nyonya Heritage Museum at Tan Cheng Lock Street is the ancestral home of three generations of a Baba Nyonya family.
The building is now a beautifully-designed museum that showcases the unique culture and legacy of Straits-born Chinese.
View costumes, jewellery and other heirlooms pertaining to Baba Nyonya culture here.

Built in 1710, the church is currently the oldest functioning Catholic Church in the country. There is also a bell tower which dates all the way back to 1608 and was made in Goa, India. The church itself was built through the donations of a Dutchman who presented it to the Portuguese builders. Every year, the church becomes alive with activity during Catholic celebrations.

The Stadhuys is one of Malacca's most recognisable landmarks – Built in 1650, it was the Dutch administrative centre with a clock tower and painted in bright red.
A Historic and Ethnography Museum with displays of traditional bridal costumes and other relics is located inside.
The building itself has some great architectural details including heavy wooden doors, thick red walls and wrought-iron hinges.

Located in Ayer Keroh, the Taman Mini ASEAN is a theme park dedicated to showcasing the culture of Southeast Asian countries including Malaysia.
Visitors can view replicas of traditional Malaysian houses and other Southeast countries as well as handicrafts, costumes and models of world-famous monuments and scenery. 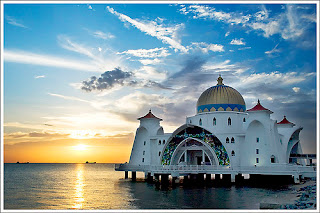 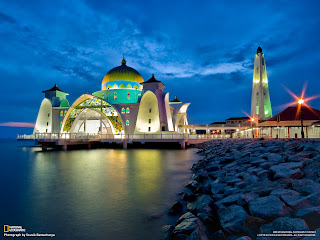 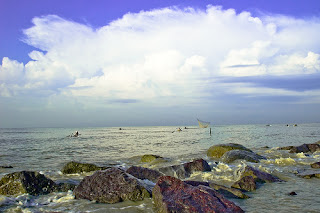 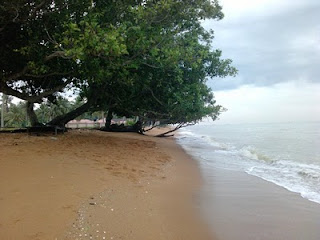 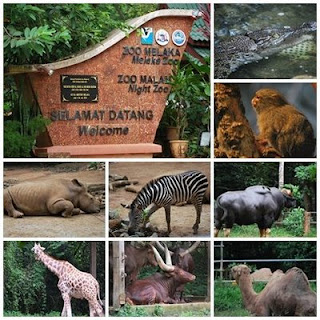